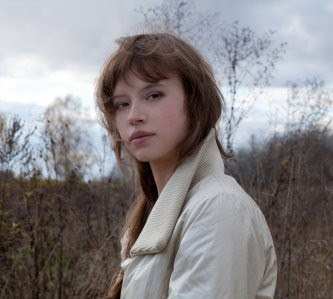 This is a PG-rated post about an X-rated subject. So trust me, it's completely "safe" to read even if you're easily offended.

Once again, I'm asking for your help!

Long before the advent of the internet, I was informally known among friends and acquaintances as "The Man Who Can Find Things."

Looking for an LP no record shop seems to carry? (No eBay back then!) Go see David!

Looking for the name of that uncredited actor in that movie you saw on TV last night? (No IMDb back then.) Go see David!

Looking for that out-of-print book that none of the second-hand bookstores carry? (Again, no eBay back then.) Go see David!

Looking for the name of the group that recorded "that" song? (No Wikipedia back then.) Go see David!

Well! One afternoon just a few days ago, a friend of mine sent an email to me. This email, with "For The Man who can Find things" [sic] in the subject line, contained a link -- and nothing else -- to a website with a brief but... umm...  attention-grabbing video.

The video was a six-minute sequence of a man and a young woman engaging in various sex acts. There was no dialogue, nor any sound effects, only some striking background music. I say "striking" because it was a wordless song I'd never heard before, a very simple but somewhat pleasing, melodic tune which somehow colored my impression of the film I was watching. For lack of a better way to put it, the combination of the music and the visuals made me feel less like I was watching two people having sex, and more like I was viewing two people making love.

As the video ended, I again wondered why my friend had sent this link to me. So, using his email's title as a clue, I decided that my friend wanted to know who the actress was. 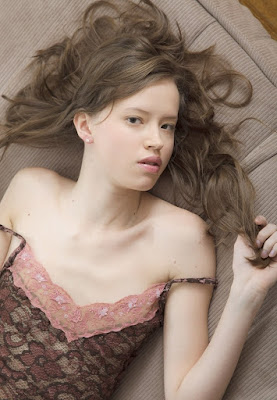 I replied to his email that very evening, with all the information you just read, plus a bit more, plus some links to even more info. And my friend replied by saying "NO, dipshit, I want to know the name of the SONG in the video, and who does it!"

So, fellow babies, here's the "quandary" mentioned in today's title: Do any of you have any idea how I can learn the name of the song played in the video? With no lyrics, even my somewhat knowledgeable ear can't recognize a singer's voice. Furthermore, I can't search YouTube without knowing the song's title, and -- duh! -- if I knew the title, I wouldn't have to search YouTube. And obviously, I'm not going to include a link to the adult video site and ask you to go there, nor will I attempt to download the video itself and embed it on my blog.

And in case you're about to suggest that I search the viewers' comments that some of these adult sites include after their videos... I already tried that several days ago.

Any help -- including any suggestions as to how I could place the audio but not the video on my blog --would be much appreciated.

Thanks for your time... and any help you can give me!
Posted by The Silver Fox at 3:22 PM