One Last Stab at Halloween 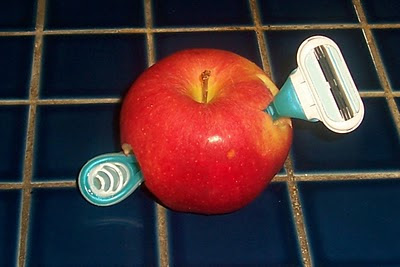 Okay, fellow babies, here's a Halloween Quickie for you!

Ah, 'tis the season for all parents to go through their kiddies' Halloween loot to make sure there are no poisons, pins, or razor blades (as in the photo at the top of my post) embedded in the candy.

But you know something? I've seen people doing that since the early 1970s, and I think the paranoia is over-blown!

Read here and here, and see if you don't agree, at least a bit! 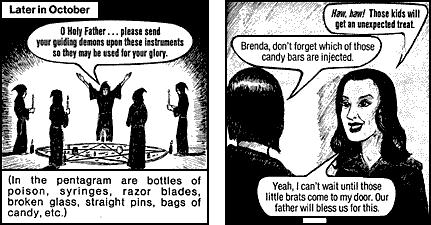 Okay, gotta run. I wanna post this, and there's someone knocking at my door...

A trick-or-treater? Don't be silly! 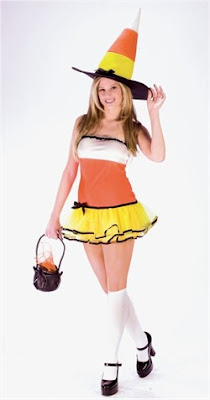 See? I told you I wasn't totally unreasonable!

A BEVY OF CAPES, for Halloween 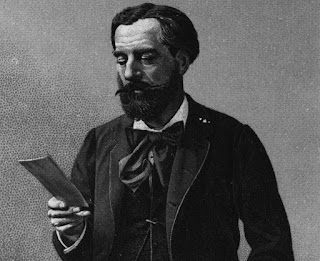 Before I do anything else, I want to commemorate the 125th "birthday" of The Statue of Liberty by posting this photograph of its sculptor, Frédéric Auguste Bartholdi, shown here using his cell phone! 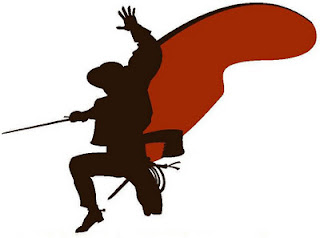 Today, fellow babies, in honor of Halloween, I'm posting a poem about some of the adults that like to "play dress-up." And since I often talk about Zorro, as well as other caped heroes... here's a love poem I call...

A BEVY OF CAPES 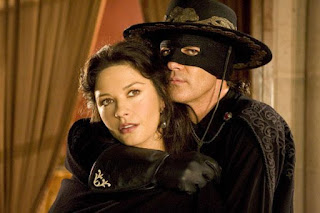 There've been a lot of Zorros,
Many actors who have played the role,
With capes of varying length.

These cloaks provide a bit of flash,
Or concealment,
Or in some cases,
Even a sort of majestic flair.

Mine provides all of that,
And then some.

It gives warmth
And protection from the elements,
And the symbol of my longing to provide
A cocoon...
Or other enclosure...
Even a world separate from all others...
And all of that
For only myself and my lady fair.

Worn by any other,
These capes are just an accessory,
An afterthought to an adventurer's costume.

In the end,
Just a piece of fabric... 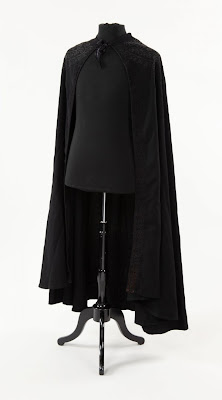 Longer capes there may indeed be.

Capes of thicker fabric
Or more costly material
There may be as well.

Mine, however,
Exemplifies the heart within
The man
Who dons the costume.

A heart that's pure,
And true,
And loyal,
A heart that beats solely for milady.

No other can compare,
Nor compete! 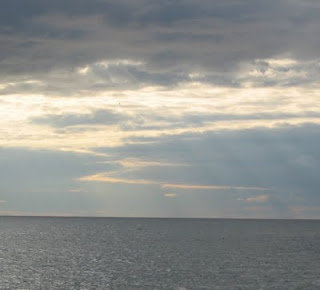 Any Freudian symbolism is all in your mind, by the way.

Labels: A Bevy of Capes

"David'Z RantZ" ~~ Children of the Corn 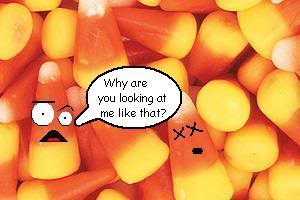 The Gates of Hell have opened, fellow babies, and the writing is on the wall!

Along with the ghosts, ghouls, and goblins associated with Halloween trick-or-treaters, the truly terrible element of this Halloween season has already reared its ugly head.

And the saddest part of this whole situation is that it's involved a close friend of mine! This is a woman whom many of my readers know... and thus, a woman whose name I shall hereby change for the sake of gallantly protecting her reputation from being smeared by this potential scandal! 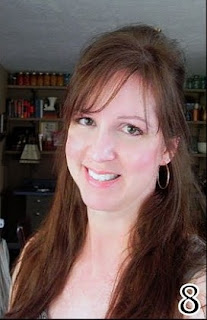 The other night, in the middle of an otherwise uneventful conversation, Petsy all-too-casually mentioned that as we chatted (I'm sorry, I can hardly even say this!), she was eating... candy corn.

And, supposedly, liking it. 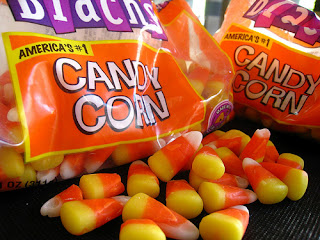 Yes, I said "supposedly." Come on. No one really likes this crap. (And that's not just my opinion, either. It's a fact. I could easily give you dozens of links to internet articles that could prove it, but... ummm... I'm not going to.)

"You know something, Petsy?" I began, "It's proof that I'm a true friend when I tell you that learning this about you will not affect our friendship."

"Are you for real? What on earth have you got against candy corn?"

"You mean, besides the fact that it's The Confection from Hell?"

"Cute, Silver. I didn't know you were so passionate about your hate for a candy you shouldn't even eat in the first place." (Betsy... I mean, Petsy... knows I'm diabetic.)

"It's not real candy. It's not even real food. No expiration date on the bag, I'll bet. I believe it's made from some polystyrene-based compound, like Styrofoam."


"Silver, it says it's made from real honey... like myself!"

"They don't lie! It's right there in the ingredients list."

I shook my head. "Forged documents for verification. Same goes for if they do list an expiration date on it. They don't have to cuz it's not real food. Don't be so easily fooled, Betsy."

"Did you know that candy corn is the only candy in American history that has never been advertised?"

"They can't advertise it, for the same reason they can no longer advertise cigarettes. It's lethal."

She continued reading. " 'Each year Americans consume enough Brach's Candy Corn that if laid end-to-end, would circle the earth 4.25 times.' "

"Oh, good grief! What a silly reaction! It's not as if I said that I liked those horrible Circus Peanuts..." 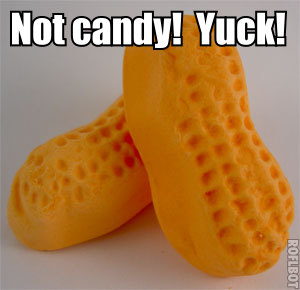 *sigh* I may have to write a Part Two to this post, fellow babies...

(Petsy's quotes in the above story are 100% accurate... or only about 60-70% accurate. I'll let you know which it is whenever I decide for myself.)

P.S. -- I should add, I'm not totally unreasonable, and may someday be persuaded... 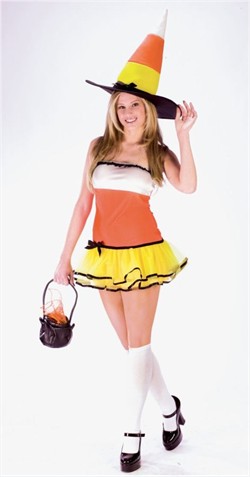 Today's Comical Wednesday post is a quickie, but I needed to do something after not having a CW entry last week.

I'm not the only one who has these last-minute jitters, either...

Ever since I began blogging, I've tried to give my readers the very best.

And I haven't had the energy lately for any David'Z RantZ entries...

I mean, keeping up with a blog can be kinda depressing at times. And at other times, really depressing!

"Okay, okay, Fox! You're a Calvin & Hobbes fan! And say... Whatever happened to Calvin and Hobbes once the comic strip ended in 1995?"

Funny you should ask... 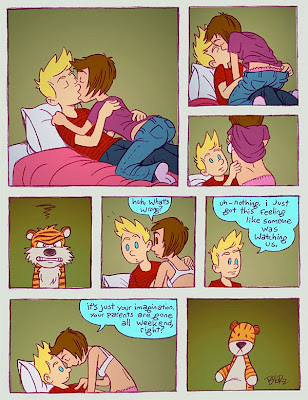 (But here's my favorite take on the subject...) 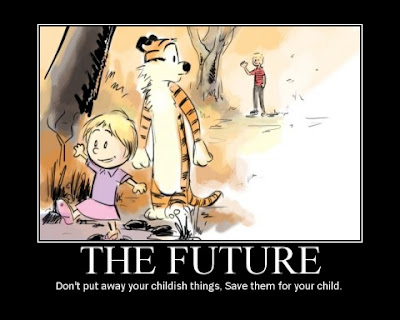 Now. If you miss my usual long-winded posts, fellow babies, and want something really lengthy to read, here is a fascinating article imagining the cast of Calvin & Hobbes as being "re-born," in a sense... in a movie called Fight Club!

Another Day of Reflection 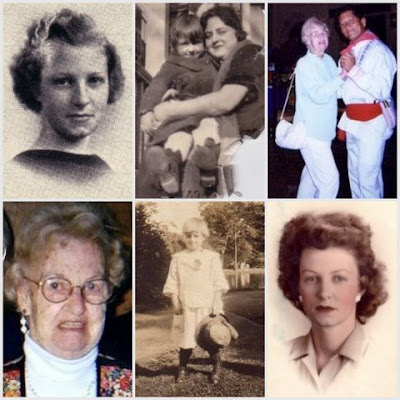 Well! Due to other pressing concerns, neither of my planned posts for Theme Thursday and my own Comical Wednesday were completed this week.
That's okay. It's only a freakin' blog, right?
At least I get to post this very brief entry in memory of my mother, Anita, who passed away in late 2009.
She would have been 94 today.
Happy Birthday, Mom, and as you always said, "See ya when I see ya."
Thanks for your time.
Posted by The Silver Fox at 9:50 PM 13 comments:

The Return of "The Silver Fox's THRUST HOME Award" 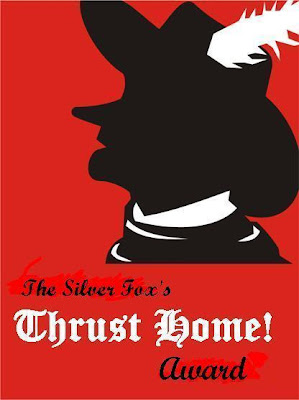 Award drawn and "donated" by Skip Simpson,
based on a poster he found on the internet.

It's been quite a while -- over a year, actually -- since I've done one of these.

But first, the obligatory reminder as to what "The Silver Fox's THRUST HOME Award!" is all about:

Bloggers like to give each other awards. One of the drawbacks to these awards is that they're usually given with a set of conditions. Quite often, one of these conditions is that the awardee must "pass on" the award to a pre-ordained number of other bloggers, which has the unfortunate effect of turning the award itself into more of an internet chain letter than a true honor.

In response to this, I created my own blasted award.

One of my all-time favorite stories is Edmond Rostand's Cyrano de Bergerac. Cyrano constantly used the expression "Thrust home!" when fatally piercing an opponent during a sword fight. I've appropriated that phrase for... "The Silver Fox's THRUST HOME Award! -- Given to the Author of a Single Outstanding Blog Post."

And my rules for the award -- and the rules for its recipients -- are:

This was my very first visit to this blog, which I found due to Tino's participation in the same dVerse Poets Pub prompt ("Taboo") which inspired my last entry. I'm not going to tell you anything about this chilling post beforehand. Just... read it. Congratulations, Tino!

Thanks for your time.
Posted by The Silver Fox at 7:52 AM 9 comments: 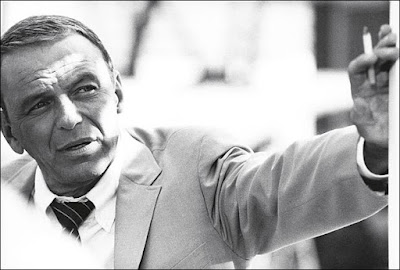 The latest challenge from the dVerse Poets Pub is to write a poem on a taboo subject.

My subject is Anger... and it's only "taboo" in the sense that many of us are -- or should be -- afraid of what we're capable of when pushed to our limit. Like the "speaker" in my poem.

(And don't let the photo fool you. This poem is not about Frank Sinatra!)

My connections were vast, and they found you.
You could run, but you could not hide.
They found you,
And delivered you to me
In a vacant apartment,
Tied to a wooden chair.

And you cried.
You cried like the weak little man you were inside.
And I weakened,
And took pity on you.

As soon as I turned my back to leave,
You attacked me with a knife.
The very same knife which I'd just used
To cut the ropes that tied you.

My right hand held your wrist,
The wrist attached to the hand that held the knife,
And my left hand found your throat
And I slammed you up against the wall
Until I saw the light in your eyes fade to black.

Every so often, I do think of you,
And the old line "Regrets? I've had a few" is sung
Until Sinatra's voice fades,
To be replaced by the old Tom Rush song...
Entitled "No Regrets."

Due to encouragement (nagging?) from a couple of people, I decided to come back with a short poem, of sorts. 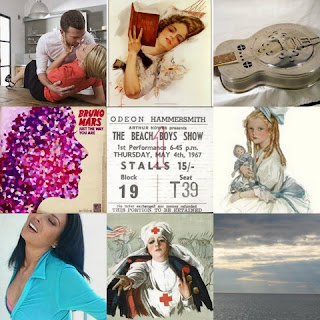 As in " 'You' is the third word in my favorite sentence."

Of course, that's only my favorite sentence when "you" is you.

And remember, fellow babies, sometimes a poem is only a poem.

Thanks for your time.
Posted by The Silver Fox at 5:09 PM 18 comments: