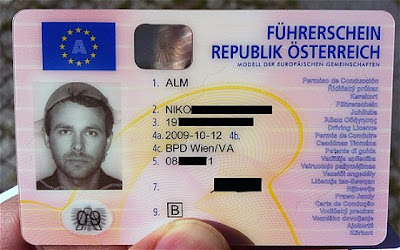 I had to share this.
Nico Alm of Austria has been allowed to wear a spaghetti colander upon his head in his license photo, and all because of freedom of religion.
I'm not making this up, fellow babies. The full story is here.
Mr. Alm, y'see, is a member -- perhaps the only member, for all I know -- of a religious group called the Church of the Flying Spaghetti Monster, which claims that "the world was created by the Flying Spaghetti Monster, but, owing to the monster being inebriated at the time of creation, it has a flawed design."
And no, he's not totally serious (if at all), but that didn't stop this self-proclaimed "pastafarian" from demanding his religious rights.
Now, what does this mean for The Silver Fox, you may be asking?
Well, I've always wondered if my own official license photo could consist of my wearing a Zorro costume. Maybe I have time to start the Church of Don Diego de la Vega before it's time to renew?
Okay, maybe I'm kidding.
Thanks for your time.
Posted by The Silver Fox at 7:44 PM