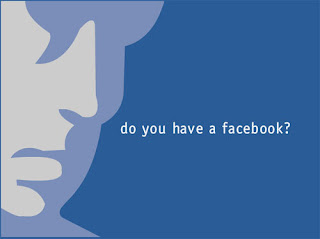 The day-to-day unravelings of the English language seem to have demanded a proliferation of "Grammar Nazi" posts lately. "So sad," as a certain Sharp-Eyed Reader of mine would say.

Facebook is the latest culprit (although admittedly, this trend has been going on for a while now). Remember back in the day back in the good old days, when you wanted to make someone your friend? You would "befriend" him or her. Now, thanks to freakin' Facebook, the verb has been bastardized simplified to "friend." Additionally, if you later wish to reverse that decision, you "unfriend" them, whereas in the old days, you would... ummm... "run them over with your car." (Or is that just me? Heh.)

So, what's next? Instead of feeding my cat, Orson, do I now have to "food" him?

To screw up an old cliché, "The more things change, the more they stay deranged," eh?

A brief but characteristic digression here: A few years ago, when tattoo parlors finally became legal in the state of Massachusetts, a local business named its four in-residence artistes on a sign featuring their nicknames: Bill, Spike, House (a really tall, overweight guy), and Chip. I sent a facetious email to one of my 47 friends named Jennifer, asking "Are those names, or nouns?" She replied "Both! They're also verbs!" Heh. I love my friends...)

I followed the photo with this:

The above photo is related to not one, but two of my professed role models from my long-ago (but vividly-remembered) childhood.

Now, can you: (a) name the actor, (b) name the film which supplied this photo, (3) list the three "professed role models" of Yours Truly, and (d) tell me exactly how this connects to two of those role models? (And yes, I purposely wrote A, B, 3, and D... just to see if y'all were paying attention! Were you?)

I'll give you one last chance to make your guesses, and I'll reveal the "winner," if indeed there is one, in my next post. Promise.

Okay, one last point. I recently allowed Orson to post here on my Foxyblog, and he promised (with my permission, of course) that he'd do the next post, too. Well, I read his draft, and I think it's boring, so you won't get to see it unless the little furred turd locks me out of my own apartment long enough to take over my computer! (Yeah, right. Like that will ever happen!)