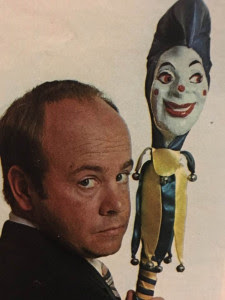 I was incredibly saddened to hear of the May 14th death of comedian Tim Conway, at the age of eighty-five. (Although you'd never know it by the fact that it took me more than a week to get this post written and... errr... posted.)

My very first exposure to Mr. Conway was when he played Ensign Charles Parker on the World War II sitcom, McHale's Navy (1962-1966). 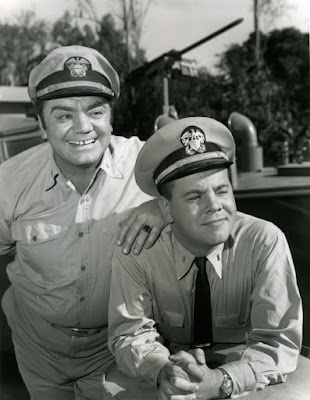 I then began following his TV career faithfully, although at times, it seemed like I was one of the only television viewers to do so.

After McHale's Navy, the shows Conway starred in throughout the 1960s and into the 1970s all died fairly quickly. 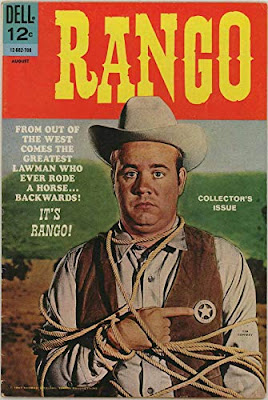 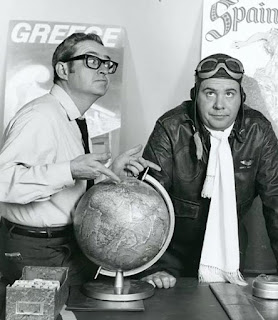 With Joe Flynn, who had played Captain Binghamton on McHale's Navy.
Both were regulars on The Tim Conway Show (1970).

Next, also in 1970, came The Tim Conway Comedy Hour. Maybe they felt that the word "comedy" would help sell the show as a... well... as a comedy? It did not. Personally, I enjoyed it. (Of course, I wasn't quite fourteen...) It had comedian Art Metrano as "The Tim Conway Orchestra" and a pre-All in the Family Sally Struthers as "The Tim Conway Dancer." Yes, dancer, not dancers. Folks, ya hadda be there! 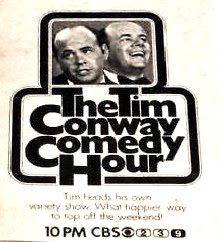 Conway joined the cast of Carol Burnett's show, which was imaginatively titled The Carol Burnett Show, during its 1975-1976 season, and he certainly seemed to have found his niche. He became well-known for making his fellow cast members -- primarily Harvey Korman -- crack up during filming, but Conway's comedic talents far surpassed that simple bit of business. 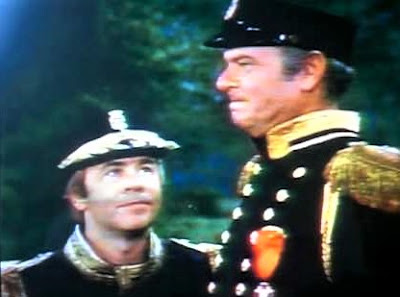 Mickey Hart in "The Family" sketches...

...and "The Oldest Man," who took forever to do anything or get anywhere. He even took a full minute or two to fall down a flight of stairs! Tim played the Oldest Man in countless scenarios.

One of my favorite Conway sketch roles was in an updated version of "Cinderella," where Tim played pop star "Elfin John!" 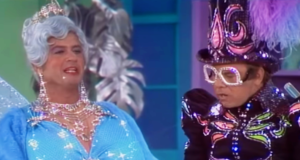 During the 1970s and into the 1980s, Conway did several films, many for Disney, and some (both Disney and non-Disney) co-starring Don Knotts. 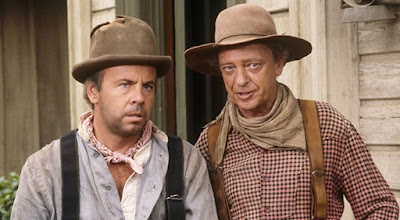 After The Carol Burnett Show ended in 1978, Tim went on to do other TV shows, and began appearing as a diminutive character named Dorf. 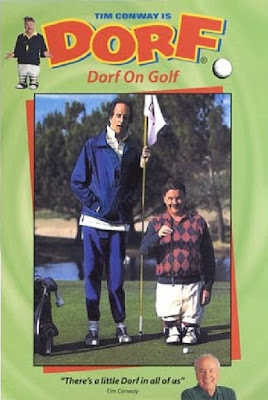 I'll confess that I sort of lost track of Conway's career after The Carol Burnett Show, mainly due to the fact that my TV watching was rather limited during the late seventies and throughout most of the eighties. Having said that, the enjoyment he gave me throughout my youth cannot be measured. 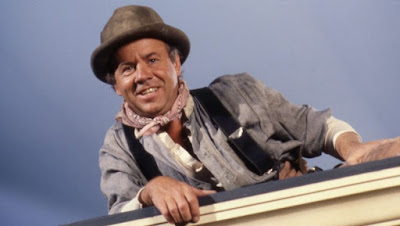 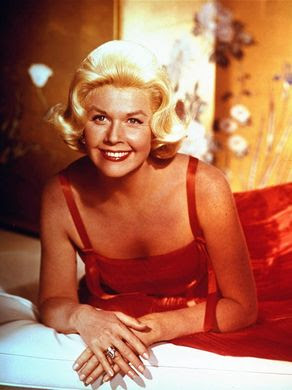 Unfortunately, this is one of those "kiss of death" things which I often half-heartedly joke about on this blog.

A little over a week ago, on a Friday night, I was going through my hall closet, a closet which contains mostly hardcover and paperback books, and numerous magazines. I removed several items which I plan to have signed by various comic book personalities and TV/movie celebrities at this summer's TerrifiCon in Connecticut. I also "pulled" a few that I decided to part with by (hopefully) selling them at the flea market where I set up every Sunday.

One of several books I brought to the flea market was a biography of singer, actress, and animal rights activist Doris Day. I placed the book out for sale on Sunday, May 12th. She died the very next day, aged ninety-seven. 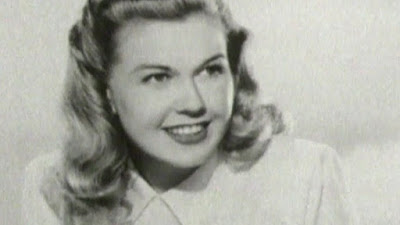 I wasn't very familiar with Doris Day's singing career until I was an adult. I did know her as a movie and television actress.

My favorite film of hers was 1961's Lover Come Back, where her co-star was Rock Hudson, and their supporting cast included Tony Randall, Edie Adams, Ann B. Davis, and Donna Douglas, and Tim Conway's old foil, Joe Flynn!

Her TV series, The Doris Day Show (Where do they get these titles?!?), was notorious for being plagued by constant cast and format changes throughout its five-year run. 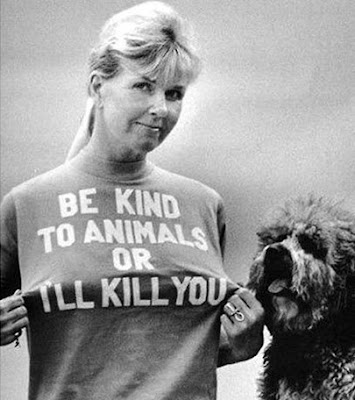 Although I always enjoyed her work, I was never a huge fan of Doris Day's, hence the brevity of this so-called tribute, but thought her worthy of inclusion here, especially to make yet one more reference to that whole "kiss of death" syndrome which keeps occurring on this blog.

Thanks for your time.
Posted by The Silver Fox at 4:54 PM