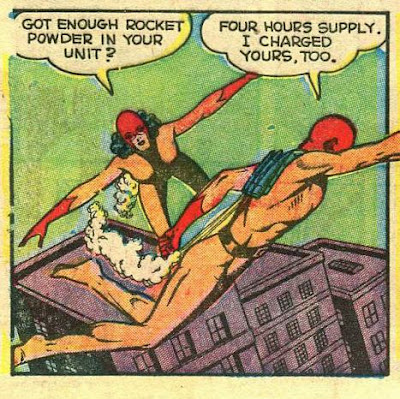 I'm gonna start off with three items to which I've given no category: 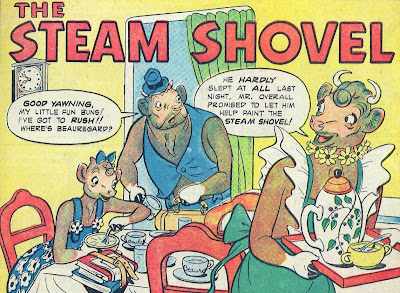 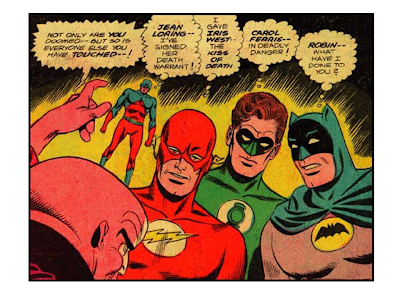 Now, here's a category I call "Poker Face." Someone needs to explain to me why Golden Age comics so often utilized villains threatening women with hot irons! 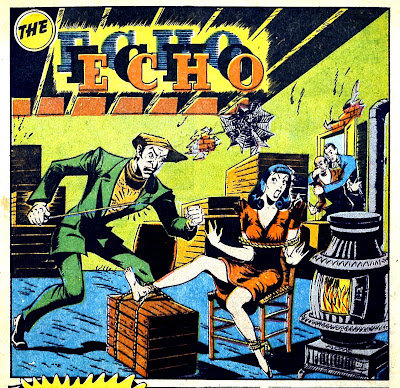 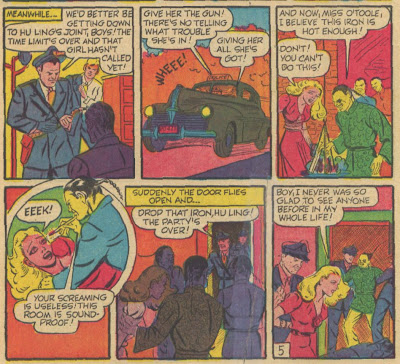 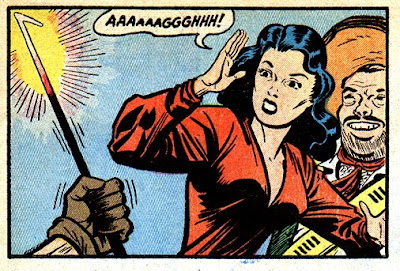 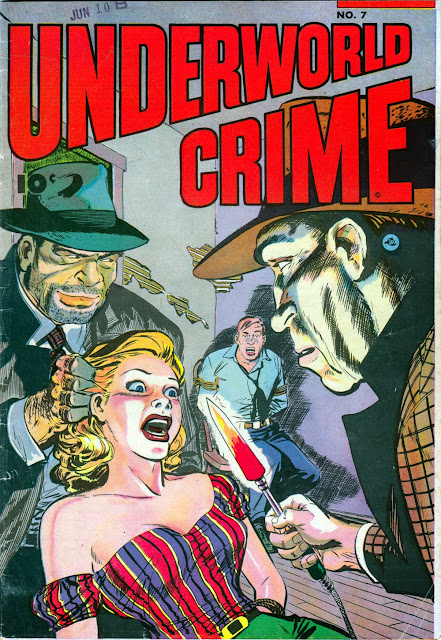 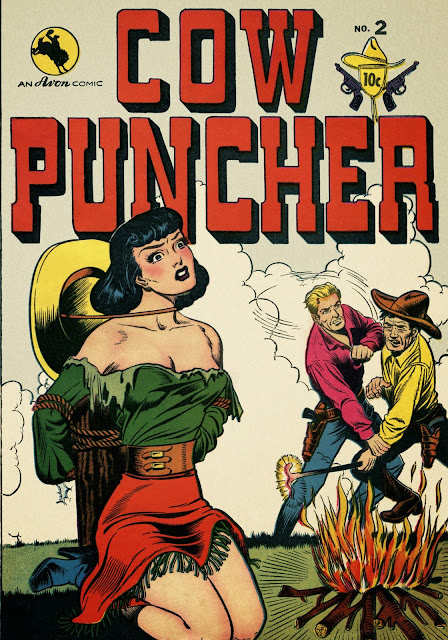 Here's a weird one, which I call "Alice Doesn't Live Here Any More":

The hero of the "Golden Knight" series, Sir Richard, happens upon a young woman named Alice. Alice, who was separated from her parents as a child, lives in a village called Namara. Namara has been cursed by a villain named Bawara -- hey, folks, I don't name these things -- nicknamed "The Black Death."

Sir Richard and Alice invade the stronghold of The Black Death and are taken prisoner!

"The girl pleases me." I think we all know what that means. The sleazy one has equally sleazy plans for Alice.

But... Seeing Sir Richard tortured in the dungeon royally ticks off Alice, and she's the one who saves the day! 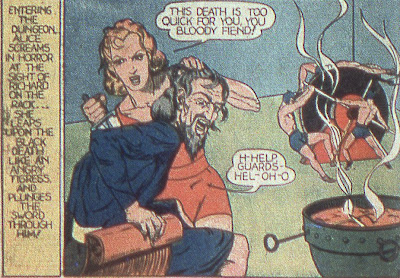 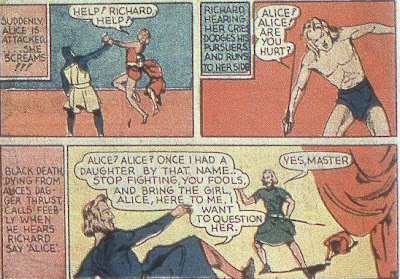 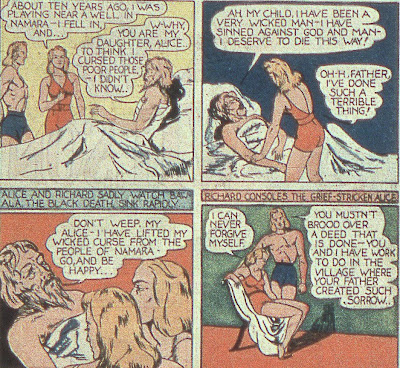 Let's ignore the whole Alice-just-happens-to-be-The-Black-Death's-daughter idiocy, and... well... Am I the only one who remembers Bawara's "The girl pleases me" bit? And she turns out to be his daughter? In a word: Ew.

Now, friends, for those of you who think I'm long-winded, here are two examples of comic writers who must have been paid by the word: 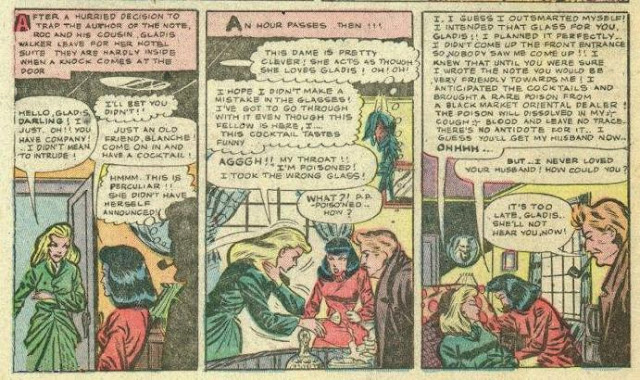 The second one's even worse! Notice all the dialog in panels 2, 3, and 4 that's  supposedly taking place as the thief slips and falls! And after all that, the scene isn't even important! 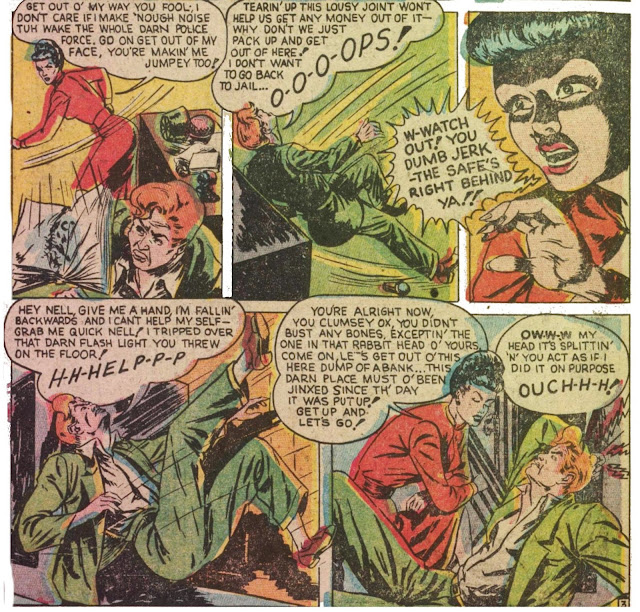 Thanks for your time.
Posted by The Silver Fox at 5:38 PM