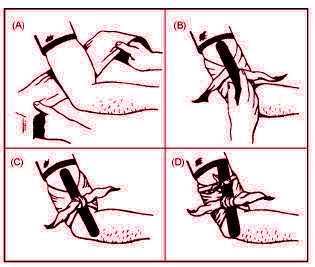 When I was in school, I wasn't the athletic type. (Which is not to suggest that I'm the athletic type now.) Neither was one of my good friends, named John. (We both kicked butt academically, though. Just sayin'.) We were always the last ones picked for baseball teams, football teams, volleyball teams... You get the picture. And even when we did something well we never got recognized for our achievement. Even a "Hey, you did good! Shocked the hell out of me!" from a teammate or a physical eduction teacher would have gone a long way. But... nope.

By the time we reached high school, John and I had developed the attitude of "If you can't beat 'em, screw 'em!" We purposely performed badly on the field, court, whatever.

One day in either our sophomore or junior year, John and I -- it seemed like we were always in the same "phys. ed." class -- were chosen to wrestle each other. This was freestyle wrestling, not what you'd see on the WWE (but you knew that anyway, I hope). John and I performed the wimpiest wrestling match ever. Our classmates were used to our antics, and they enjoyed the show. Needless to say, neither one of us "pinned" the other. The "gym teacher" scored John with two points, and myself with three. John and I both argued that I shouldn't have won.

Anyway, the school administration also required us to take "health" classes, which were presided over by the aforementioned gym teachers. John and I were only slightly better as students there, but we were still two wise-ass teenagers.

So wouldn't you know, smartass David raised his hand and asked "If a guy got a really bad cut on his head, would you put a tourniquet around his neck?" I let that mental picture sink in, and got the expected positive reaction from the other students. I couldn't resist adding. "Well, if it's a choice between the limb or the life..."

That's where I'm ending this post, but don't think I used the first five paragraphs to build up to that last line, as I often do. It was too long a lead-in for too little a joke. Just felt like sharing some of my younger antics with you, fellow babies.