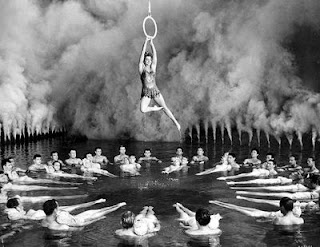 Two days ago, Esther Williams, the MGM swimming sensation known as "America's Mermaid", passed away. I don't have that much to say about her, other than the fact that I was a fan. The autographed photo of her on my bedroom wall -- not inscribed to me personally -- attests to that.

She was the star of several films in the 1940s and 1950s. Many of these films had "aquatic" titles, such as Neptune's Daughter, Million Dollar Mermaid, Dangerous When Wet, and Bathing Beauty.

Ms. Williams (via her movies, initially) did a lot to popularize swimming. In fact, after she retired from movies in the early 1960s, she became a businesswoman with her own line of swimwear as well as Esther Williams Swimming Pools. Both businesses continue to thrive. 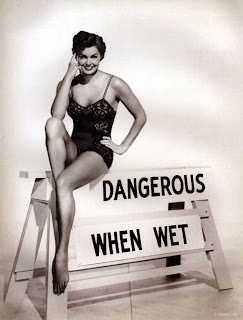 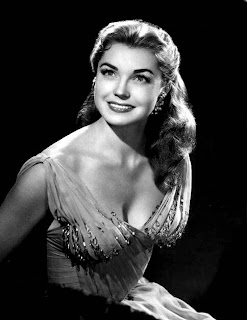 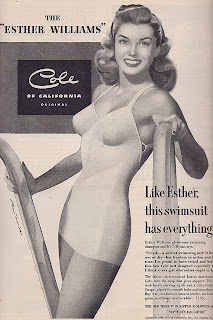 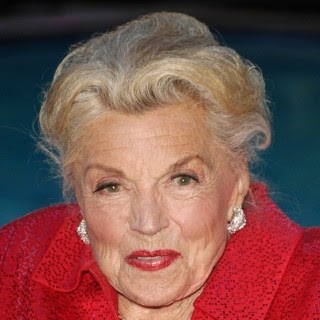 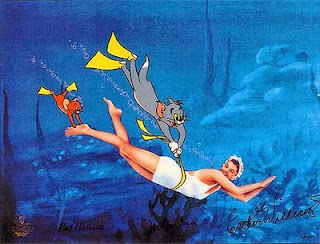 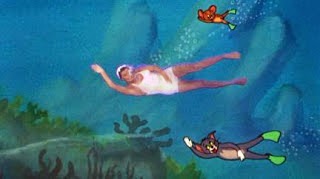 How many actresses got to swim with Tom and Jerry?

And now, since I like to find a personal angle to these celebrity tributes... 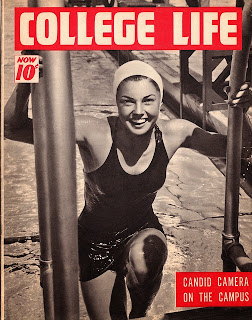 Here's a little-known Esther Williams collectible. It's a photo of Ms. Williams when still in college, in 1940. (She'd originally hoped to enter the 1940 Olympics, but World War II dashed those hopes to the rocks!) So this magazine -- and yes, I have a copy, although not in as good a condition as the above photo -- was published before she was famous, and well before the start of her movie career.