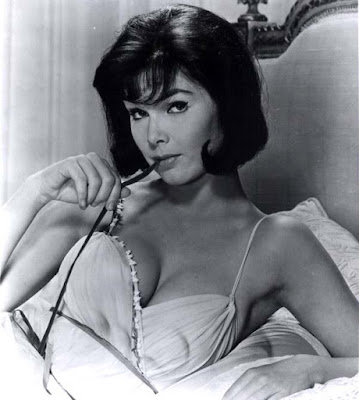 Actress Yvonne Craig has died at the age of 78, after a long battle with breast cancer. Ms. Craig had a long list of acting roles to her credit, most notably her role as Batgirl in the third and final season of ABC's Batman. 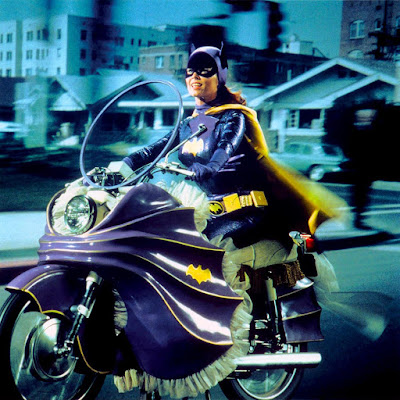 Ms. Craig as Batgirl, arguably the best-known role of her career. 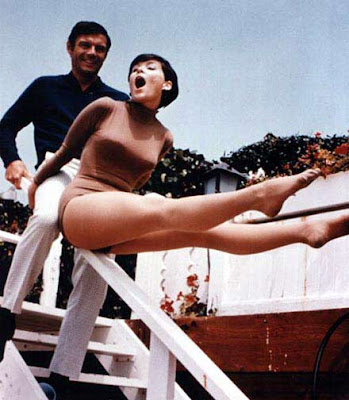 Ms. Craig out of uniform on the Batman set with the series' star, Adam West.

Funny thing... I'm sure there are dozens of men who are roughly my age that are blogging about Yvonne Craig's passing, and how she was their first -- or at least, an early -- celebrity crush for them. Not me, surprisingly. In fact, rather than when I was 10 or 11, I grew to appreciate Ms. Craig's charms as I got older. And it's not that I had yet to "discover" girls in 1967/68. That happened when I was in kindergarten.

No, the plain and honest truth was that I had pretty much given up on the Batman TV show by its third season, as had a large percentage of the rest of the TV viewing audience. Not sure what I was watching instead, though. Wikipedia's 1967–68 United States network television schedule article lists Cimarron Strip on CBS and Daniel Boone on NBC, and I wasn't watching either of those. But we all know Wikipedia's never wrong, so I dunno...

Anyway, if it'll make you feel better, I had a huge crush on Batman's Catwoman, played by Julie Newmar! 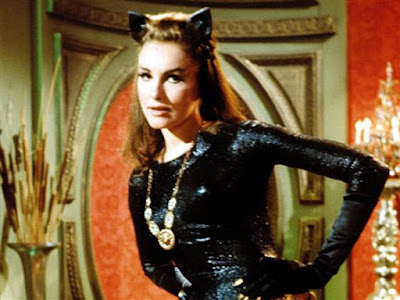 But, back to Yvonne Craig... 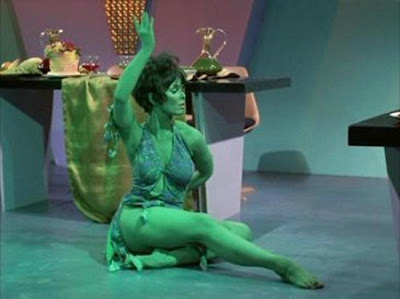 For those of you reading this who disagree with my saying that Batgirl was Ms. Craig's best-known role, she was also notable for playing Marta, the "green girl" in the third-season Star Trek episode "Whom Gods Destroy." Her character was even mentioned in an Eddie Murphy routine! (Or was he referring to Susan Oliver, "green girl" in a first-season Star Trek episode?) 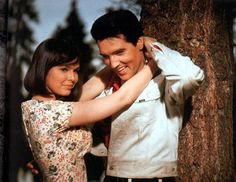 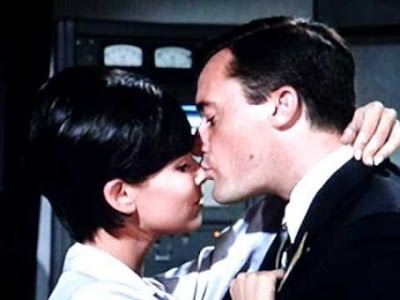 And here she is, kissin' not another cousin, but an U.N.C.L.E.! Well, sort of... She's with
Robert Vaughn as Napoleon Solo in the original, "real" Man from U.N.C.L.E. on NBC-TV! 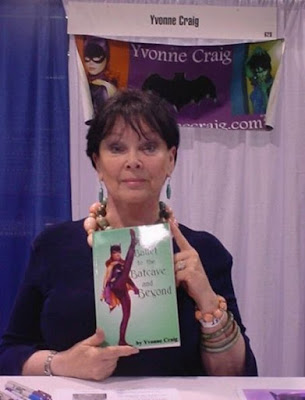 A more recent shot of Ms. Craig, holding her book
From Ballet to the Batcave and Beyond. 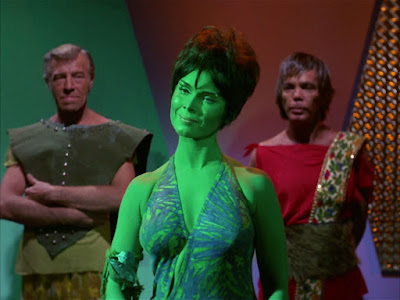 Yet another shot of "Marta," because... well, because I can! 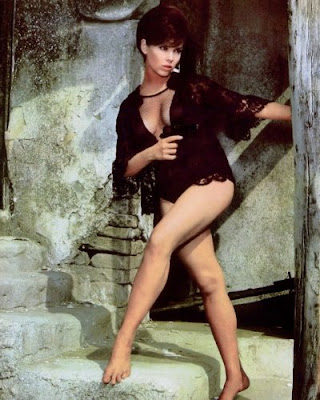 And finally, another shot of Ms. Craig showing off her dancer's legs... Again, because I can! 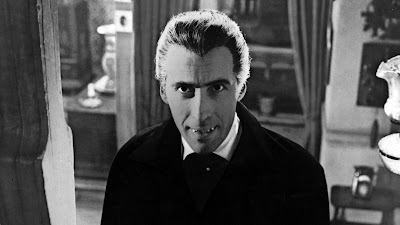 He was in the Lord of the Rings movies and (some of) the Star Wars flicks -- to name just a couple of his more notable roles from a career spanning decades -- but to me, he was best known and loved as Count Dracula, in many films featuring everyone's favorite vampire! 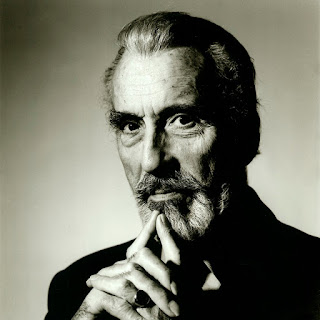 Look Who's Back! ME! 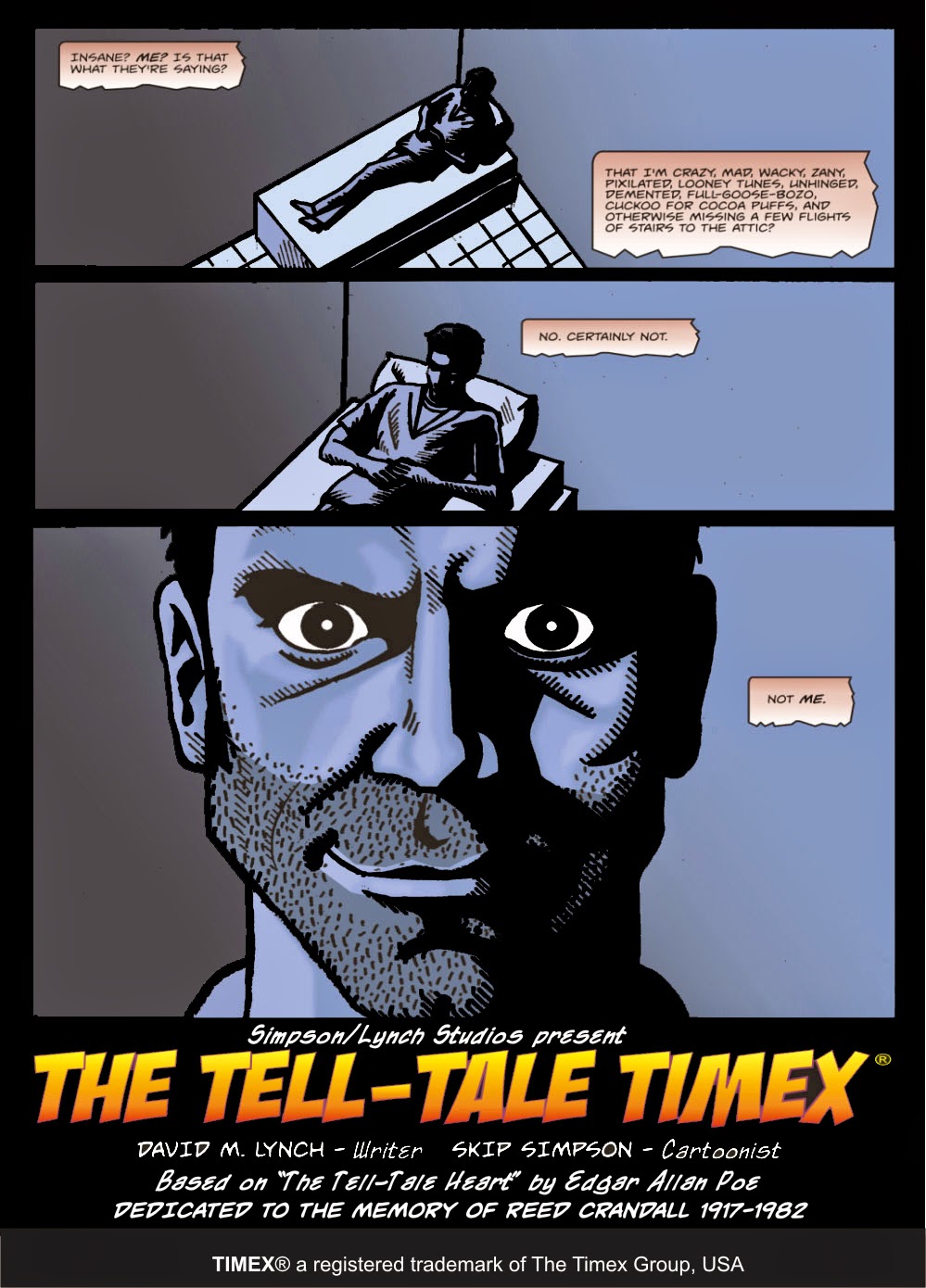 Silver Fox here, letting you all know that Skip Simpson -- my creative partner -- and I have just posted an illustrated parody of Edgar Allan Poe's "The Tell-Tale Heart" on Amazon Kindle.

In order to get on Kindle's Recommended List, we need to have a lot of "hits" on our story. In order to help that process along, Skip and I have decided to offer "The Tell-Tale Timex" FOR FREE on Friday, February 27th, Saturday, February 28th, and Sunday, March 1st. I wanted to blog about it first so all followers of this blog will have a chance to check it out at no cost.

All you have to do is click here to take advantage of this freebie! Well, starting Friday, that is! Anyone who clicks on it starting Monday will have to pay, which will put a few pennies in our pockets, true, but I'm actually hoping all our readers take advantage of this free offer... and while I'm at it, PLEASE convince as many people that you can to give it a try? We would appreciate this SO much!

Also... All of my readers who have experience with Amazon Kindle are hereby invited to email me with your personal experiences, observations, difficulties, etc.  You can send those emails to davidzrantz [at] gmail [dot] com.

Thanks for your time.
Posted by The Silver Fox at 3:01 PM 58 comments: This is not an apology.

I don't feel like writing. Hell, I don't feel like reading. So until I feel better -- meaning, until further notice -- I'm avoiding the library, and won't be posting any new posts OR visiting your blogs. Nothing personal.

I repeat, this is not an apology.