I'm busy.
Or...
I'm tired.
Or...
I'm gradually developing "Blogger-blogger Apathy."
Take your pick.
Whatever the reason, this blog's taken a very low priority in the general scheme of things lately.
So it goes.
Having said that: Since I haven't posted anything in over a week, in lieu of any new stories... or any new Sepia Saturday entries... or any pithy comments in the "David'Z RantZ" vein -- although in that latter instance, "pithed-off" might be more appropriate -- I'm going to leave you with two related videos from the (occasional?) Australian comedy team of John Clarke and Bryan Dawe. The first is on the subject of the BP oil "spill" situation. ("Spill" seems to be a stupid, inadequate way to describe what's actually happening in the Gulf of Mexico, though, dunnit?)
(Hey! They stole my "Thanks for your time" sign-off!)
The above routine was actually based on a sketch by the same team from 1991, when a similar situation developed closer to (their) home. I think this one's even funnier.
Yup, there's a lot of publicity about this disastrous, ongoing calamity. Hell, even Pleasantview, Alabama's own Dewey Mellen -- that idiot -- has finally heard about it!
Thanks for your time.
Posted by The Silver Fox at 2:20 PM 17 comments:

It was only a couple of posts ago that I quoted from myself on the subject of procrastination: "The only thing that cannot successfully be put off until a later time is procrastination."

Those of you who know me know that the above quote refers to people like myself, so you may wonder if the YouTube video I've embedded this time around is something I'd originally planned for about five months ago!

The latest post by my dear friend Betsy, the author of the My Five Men blog, contains a video which actually reminded me of the one below, one which -- IIRC -- was originally sent to me by my friend John.

To see -- well, "hear," actually -- the connection I speak of, of course, you'll have to read her post as well. I was going to place "her" video here to save you some time, but I didn't want anyone to think I was trying to... ummm... steal her thunder. There's a horrible pun in that last sentence, by the way, but to "get" it, you'll have to -- you guessed it -- go see Betsy's post! But please, do so. It's worth it. (Always is.) And it doesn't matter whether you finish this post before or after visiting Betsy's blog. The two videos aren't dependent on one another; there's just a neat connection, that's all.

Thanks for the inspiration, Betsy! And to everyone else: Thanks for your time.

Labels: 12 Days of Christmas, My Five Men, Straight No Chaser 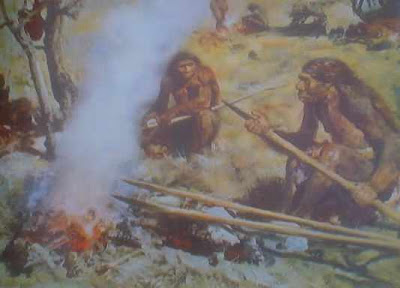 A question that often arises is "If you could hold a conversation with any five men and/or women you want (living or dead), whom would you choose?"

Answers usually include those that history regards as great men, such as -- in no particular order -- Lincoln, Jesus, Muhammad, Einstein, Gandhi... Others prefer celebrities like Marilyn Monroe, one or more of the Beatles, or Elvis. Personally, I don't have a definitive list of five, but I'd probably go with five that would include some or all of the following: Orson Welles, Johnny Carson, Jack Benny, Harold Lloyd... and at least one star from the early rock'n'roll era, like Gene Vincent or Roy Orbison... and probably some comic artists (comic books or comic strips) like Wallace Wood, Jack Kirby, Milton Caniff, Windsor McKay, Jack Burnley, or... Hell, my biggest problem would be trimming down my list of "wants" to only five!

Especially since I'd wanna add one -- maybe two? -- others. I've long been of the opinion that one of the bravest men in history was the first person to eat an egg. No, really. Say all you want about about how hunting may have been scarce at some point, and so some caveman scooped a handful of eggs from a bird's nest, but think about it: Would he have done so, no matter how hungry, if he'd seen where the egg had... umm... originated?

Here are two scenarios, featuring cavemen (Neanderthal, Cro-Magnon, who cares?) whom I've named Oog and Uk, as they sit around the campfire:

Oog: Hey, Uk, are you hungry? Want some of these left-over mastodon steaks?

Uk: No, thanks, dude. I'd much rather chow down on these oval things I saw a big bird squeeze out of its butt!

Second Scenario (again, with Oog and Uk sitting around the campfire, and we'll stick to Uk's dialogue only, here)

Uk: Hey, Oog, what's that yellow stuff you're eating? (pauses, as Oog replies) Scrambled what? (Oog answers again.) Any good? (Oog nods.) Mind if I try some? (Oog nods again. Uk takes a mouthful and chews it.) Not bad. Where'd you get this stuff? (Oog tells him. Uk immediately looks nauseous.) Don't tell me that, man...

So, was Oog the bravest man in history, or was Uk (who probably continued eating, even after Oog's "revelation?") Food for thought... no pun intended.

Thanks for your time.
Posted by The Silver Fox at 10:00 PM 9 comments: 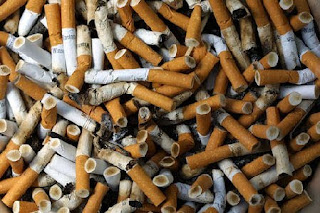 "The only thing that cannot successfully be put off until a later time is procrastination." -- David M. Lynch (and he -- okay, I -- oughtta know!)

In that spirit, I've written another Flash 55, from long-winded me! Who'da thunk it?!? And it deals with a procrastinator named "Steven."

He debated "Googling" the answer, but... Steven tended to procrastinate.

He wondered if that unfortunate tendency would leave him enough time to Google the subject, especially considering his recent talk with his doctor...

In the interests of full disclosure, I should probably mention that I leisurely puffed on a Pall Mall while I wrote the above. Ain't denial grand, fellow babies?

Thanks for your time. *eee-hack!* 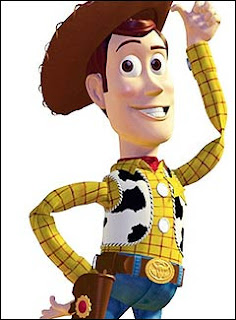 It didn't exactly keep me up nights, but I kinda wondered why they gave Tom Hanks' cowboy character in Toy Story the name of "Woody."
However, I think I've finally figured it out. 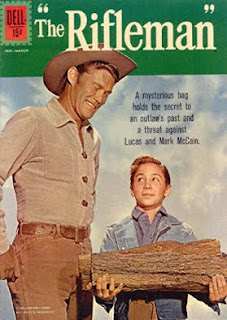 Now. Who says I can't write short posts?
Thanks for your time.
Posted by The Silver Fox at 9:55 PM 13 comments: