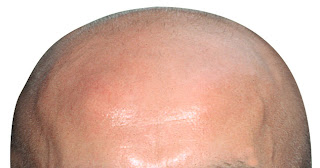 Millie -- that genial chatterbox -- alternated between serving the dozen customers that night and spending time with each party of diners after their meals were delivered. She explained to Eve and myself that since the "restaurant" had given up its liquor license a while back, 99% of its patrons were those who were staying at the motel at any given time. (With the blizzard, of course, such an exclusive clientèle was guaranteed.) There wasn't that much of a dinner selection, just a handful of "specials" each night that Art could whip up at a moment's notice, relatively speaking. The menu prices certainly seemed reasonable, although Eve and I weren't paying for our food anyway.
"Would you two like something to drink? Something with alcohol, I mean?" asked Millie before taking our order.
"I thought you didn't have a liquor license," said Eve.
"Well, we don't. But we sometimes offer it to our adult guests, free of charge. Gets around the law quite nicely!"
Eve and I laughed, and after Millie told us what they had available, I chose a Budweiser, and Eve asked for a glass of Cabernet Sauvignon. (Yep, she drank wine! Who'da thunk it?) I ordered two cheeseburgers, to be safe -- doubting that even Art could screw up a cheeseburger -- while Eve decided to have baked haddock with seafood stuffing and a Mornay sauce.
"Fish? Even though you ordered a red wine?' I teased.
"You bet," Eve said. "Even a goody two-shoes can break the rules, once in a while."
"Yep, you're a real rebel, all right."
The cheeseburgers were surprisingly good, and I was quite impressed by Art's skill in preparing Eve's baked stuffed haddock, which she allowed me to sample. "See?" said Eve, while Millie was seated across the dining room and out of earshot, "Art does have talent! He's an excellent cook." I was extremely tempted to fake a choking fit as if I'd been deliberately poisoned, but with the audience of eleven others in the room, I just smiled at Eve and kept my thoughts to myself.
Eve and I each had a second drink.
When most of the assembled guests were either done with or had almost completed their meals, Millie got up on a small riser which held a baby grand piano. "Hey, everybody!" she called out, to get our attention, "If you want to stick around for a bit, Art's gonna come out and play a few tunes for you." She paused. "Which means that I get stuck doing the supper dishes tonight." The small crowd laughed politely, and out walked Art.
Art was wearing a t-shirt, bib overalls, and work-boots of some kind. "Thanks for dressing up for us, grumpy," I muttered, and felt Eve lightly kick my leg under the table. He was carrying a beat-up old acoustic guitar rather than the Dobro that Millie had mentioned earlier. He seated himself on the piano's bench and faced us.
I couldn't wait to see what kind of crap he'd play. And I say "crap" because... well.. that's what I expected. I figured he'd magically lock onto the few songs or genres of music that I really couldn't stand -- or both -- and/or play badly. Truth be told, I didn't really think he'd be all that bad of a guitarist, but I did think he'd offend my sensibilities with his musical choices. I was waiting for him to announce something along the lines of "This is my acoustic version of a little tune by Perry Como," or something similar.
About half the crowd applauded softly, Eve included (of course). Not me; I was waiting.
Art nodded and smiled despite the lackluster ovation, and said "I'm gonna start out with somethin' by Bob Dylan." As he tuned his guitar, I sarcastically thought, Oh, yay. No doubt this'll be "Blowin' in the Wind." Everybody who does Dylan does that. Ter-freakin'-rific.
"This is from Bob's very first album," Art said -- Okay, so it's not going to be "Blowin' in the Wind," I thought -- before beginning a tune I immediately recognized as "Freight Train Blues," despite the fact that Art's rendition was without the harmonica Dylan used in the introduction of his own version.


I was pleasantly surprised. Okay, pleasantly shocked. Art sang it in a nearly-perfect imitation of the young Dylan's voice.
At the song's conclusion, I applauded vigorously, and looked at Eve. "What did you think?" I whispered.
She looked torn between approval and disapproval. "He's a good enough guitar player, but as a singer..."
"But... He sounded exactly like Dylan himself did!"
She shrugged and smiled. "Okay, if you say so. I was never all that familiar with him."
The applause died down (even my own, eventually). Without speaking, Art launched into another song, this time a mournful blues song called "Spoonful," written by one of my personal blues "gods," Willie Dixon! But Art's version was modeled on the one done by Howlin' Wolf, right down to the growled vocals, which Art duplicated once again!


Eve tapped me on the shoulder soon after Art began "Spoonful." "Hey! He's singing better, but he sure doesn't sound like Dylan this time!"
"No," I replied, "Evidently, Art is what I call a chameleon."
"A chameleon?"
"Yeah. When he does someone else's song, he does everything in his power to sound like the original artist. And he's doing a damned good job of it." I used to do the same thing when I was starting out in bands, but later I had enough ego... uhhh, I mean confidence...  to do everything in my own style.
I couldn't wait to see what Art's third selection would be!