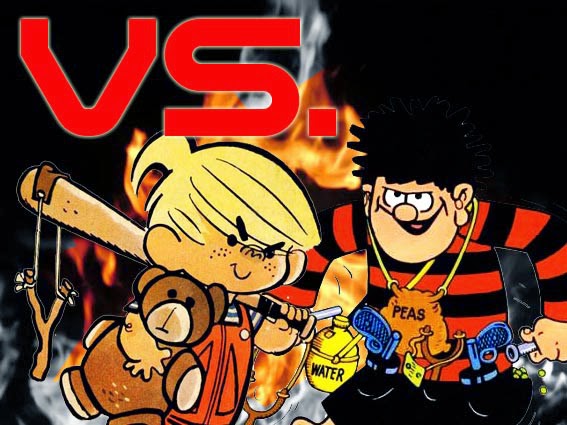 For today's post, I'll be offering the first chapter of an eventual three-parter called "Great Minds Think Alike." It'll touch upon three instances in comic history where two similar characters or groups of characters debuted in such a short span of time, it ensured that neither was copied from the other.

To begin today's "lesson," I'd like to tell you about two comic characters named Dennis the Menace. Now, that name may conjure up one of two very different images (both shown above).

If you're British, Dennis is a dark-haired chap whose original persona was rather vicious. That's when he first appeared in the pages of The Beano, issue 452, dated March 17th of 1951. This Dennis was created by Beano editor Ian Chisholm and artist Davey Law. 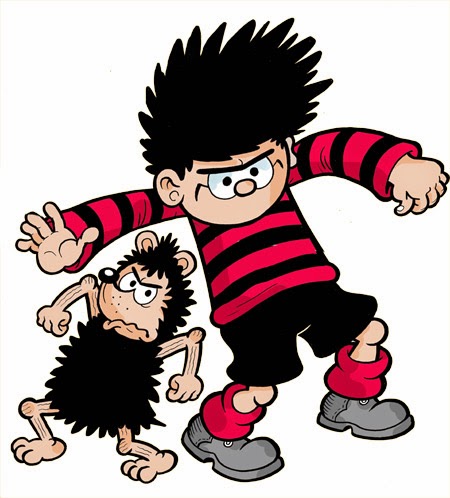 If you live in the USA, as I do, you may be familiar with an entirely different Dennis the Menace, one introduced in the comic strips five days earlier, on March 12, 1951! This Dennis was created by writer/artist Hank Ketcham and named after Ketcham's son Dennis. The USA's version was more of a "mischief-maker" than an actual troublemaker. 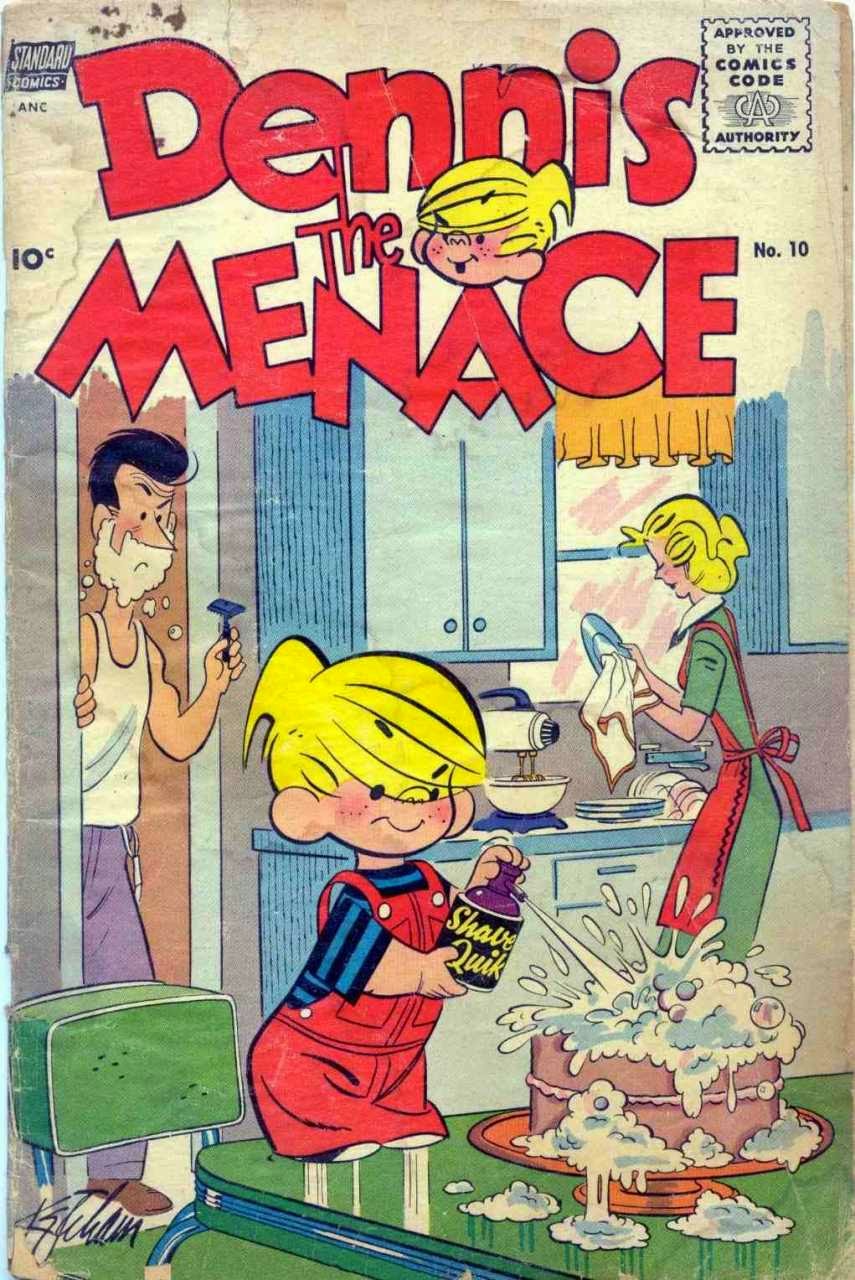 In the interests of an unaccustomed brevity (for me), I'm going to spare you a lengthy entry on the UK Dennis or his American counterpart. If you'd like more information on the British brat, click here, and if you'd like to read up on the USA's Dennis Mitchell. click here.

Don't worry, I'll make up for my "short-windedness" in my next two chapters! (But don't hold your breath waiting for them.) See you then.

Thanks for your time, and Happy New Year (for those who care about that sort of thing)!
Posted by The Silver Fox at 12:26 PM