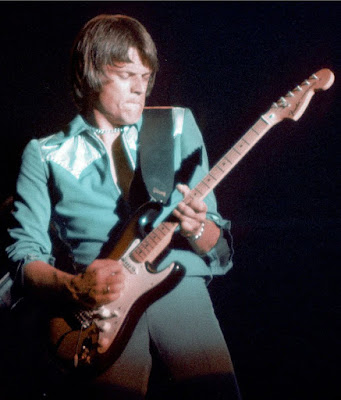 The J. Geils Band originated in nearby (to me, that is) Worcester, Massachusetts. Geils formed a band known as Snoopy and the Sopwith Camels in the 1960s. Lead singer Peter Wolf joined the band in 1968 (some sources say 1967), at which point the band became known as the J. Geils Blues Band, an R&B-influenced blues rock band. ("Blues" was dropped from the band's name sometime later.)

The band released several albums and singles during the 1970s, singles such as "First I Look at the Purse," "Looking for a Love," "Give It to Me," "Must of Got Lost" (sic), "Where Did Our Love Go," "(Ain't Nothin' But a) House Party," and "One Last Kiss." (Many a quarter was dropped into the Sturbridge Tavern jukebox by yours truly on behalf of that last single.)

By the early 1980s, the band's style had changed to one that was more pop-oriented, at which point they released hits like "Love Stinks," "Just Can't Wait," "Freeze Frame," "I Do," and their number one hit, "Centerfold," a song I personally never cared for all that much. 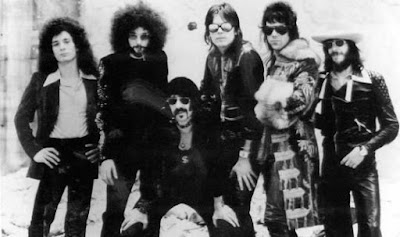 Thanks for your time.
Posted by The Silver Fox at 12:02 PM