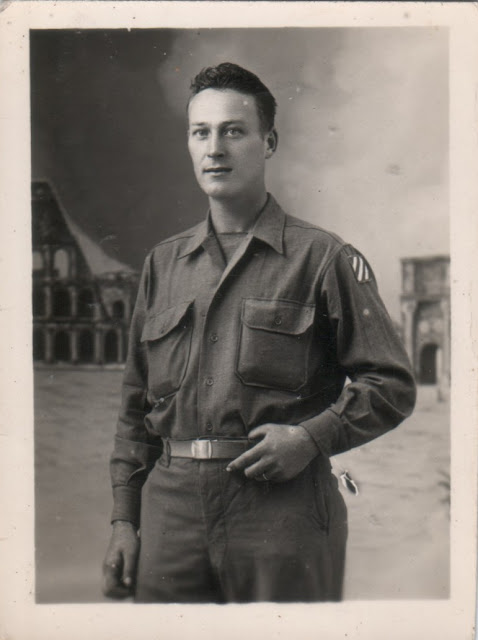 Today's post is (obviously) devoted to all who fought during the massive invasion forever known as D-Day, June 6th, 1944. We must always remember those who lived and died, for all played their part and made a difference.

My father was a soldier during World War II, from 1943-1945. That means that he was in the army on D-Day, but I have no idea if he actually participated in the D-Day invasion that happened seventy-five years ago today. Why? Well, although he took me to see World War II-related movies at the drive-in, and watched WWII-related movies and television programs with me at home, he never discussed his actual war experiences.

No, for that kind of thing, I was "stuck" reading Marvel Comics' Sgt. Fury and his Howling Commandos, and later titles from both Marvel and DC like Captain Savage and his Leatherneck Raiders, Our Army at War (later Sgt. Rock), Star-Spangled War Stories, Combat Kelly and the Deadly Dozen, and other comics of that ilk! 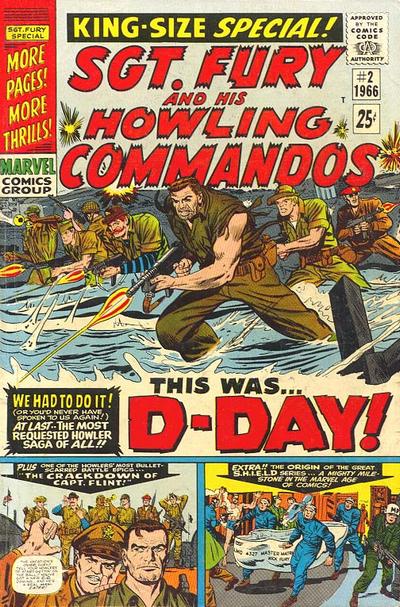 Sgt. Fury was always my favorite of the war comics, though. Its earliest issues were drawn by Jack Kirby, but by issue #8 (the first issue I got brand new), the artwork was by Dick Ayers. Imagine my joy thirty years later when I got to meet Dick and even work with him on an unsold comic book series of ours! 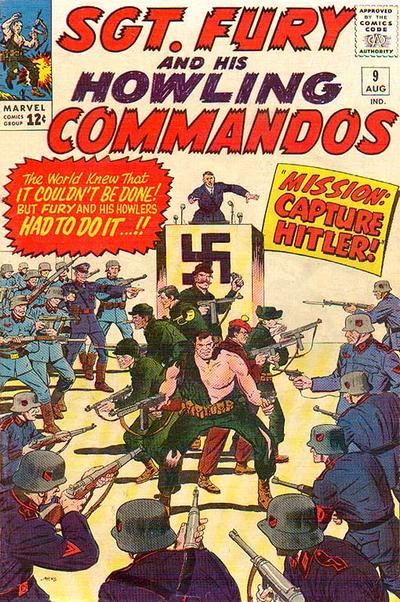 And how did my father feel about my love for the war comics? I don't think he gave it much thought, really. But when I read Sgt. Fury #9 (pictured above), it sent me to the World Book Encyclopedia to find out more information about this "Hitler guy." That, and similar situations where (for example) issues of Journey into Mystery (later The Mighty Thor) made me consult the World Book on various characters from Norse mythology like Loki, Odin, and Balder, are no doubt why my parents always encouraged my comic book habit. 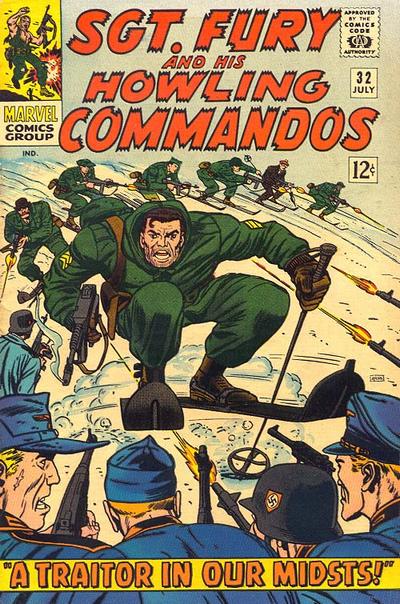 There was one issue my father took exception to, and that's Sgt. Fury #32, pictured above. He looked at the cover in mild surprise, complaining about how ridiculous it was that the Nazi soldiers were missing Nick Fury and his men at such close range.