1. The above photo is of that little fifth pocket that's in most pairs of jeans. You know, that weird little pocket-in-a-pocket. But do you know what it's called, and why it's there?

Back in the late 1800s, most men carried a pocket watch, and they usually kept it in either their waistcoat pockets, or their vest pockets. Well, when hard-working cowboys did that -- and keep in mind that there were a lot of cowboys back then, as opposed to now -- the watches tended to get broken. The Levi Strauss company, makers of -- duh! -- Levi's jeans, created that extra pocket specifically for pocket watches, and called it, predictably, a "watch pocket".

Nowadays, not a lot of people carry pocket watches, preferring a wristwatch if they have a watch at all. (I don't. I just use my cell phone when I want to know the time.)

So, what do I use my watch pocket for?

I use my watch pocket to hold a tiny bottle of nitroglycerin tablets, which I've carried with me almost every day since my heart attack four years ago. 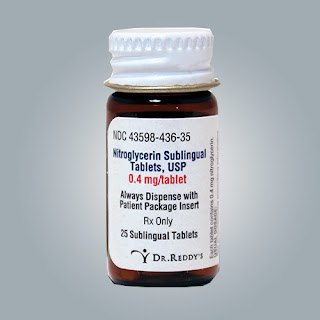 What do you use yours for? 2. And speaking of cell phones, which I was, kinda/sorta...

I've had a few people -- mostly people working for AT&T -- suggest that I upgrade to a better -- in other words, pricier -- model. I'd rather not. I like the one I have.

The only thing about this model that I don't like is that whenever I text or compose an email, I have to hit each key a specified amount of time to get a specific letter. You know the drill, right? Hit the "2" key once for "A", twice for "B", and so on. And if I want to get two letters that are on the same key, I have to pause for a bit so the phone will "know" that I want an "A" (one tap) followed by a "B" (two taps) instead of a "C" (one tap plus two taps equals three taps)! Sheesh!!!

In fact, the word "nightmare" is a nightmare, too!

So, I always have to proofread my texts and emails to make sure I've paused long enough, otherwise I'll have results like the day I went to add the name "Mark Murphy" to my address book, and hit the "7" key twice, too quickly, when I wanted an "R" and a "P," and came up with "Mark Mushy".

As it happened, when I told Mark about the mistake, he asked me to keep it that way. He has a strange sense of humor. He and I get along well, as you may have guessed.

3. I'm not really expecting any comments on this post, despite the fact that I asked a question in #1. (Usually when I do that, the question gets ignored.) Having said that, a post which I expect nobody to comment about is invariably the type of post which gets, like, eight million comments! We'll see.

Thanks for your time.
Posted by The Silver Fox at 12:00 PM